This article was published with permission from Pittsburgh Business Times | Link 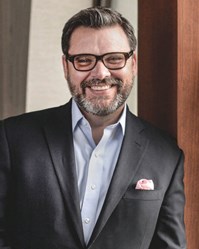 The co-CEO of TeleTracking Technologies, the Pittsburgh-based hospital and health care analytics firm that stood up the federal government’s Covid-19 tracking system, believes the public-private partnership has real value post-pandemic and that it continues in some form even after the threat has receded.

For those in the health care industry, TeleTracking was already synonymous with real-time analytics that helped hospitals nationwide manage hospital beds, operating rooms and intensive care units, and other infrastructure. Early in the Covid-19 pandemic, it also ramped up its services and a Covid-specific dashboard for its hospital clients. But TeleTracking got even bigger exposure in the spring of 2020 when it received a $10 million contract in the to collect Covid-19 data from throughout the nation’s health care system. While there had never been a system like it on the national scale, TeleTracking had been providing metrics like that to its hospital and health system clients for decades.

Earlier in the spring, TeleTracking began a new $13 million contract with the U.S. Department of Health and Human Services that continues its work to measure hospital capacity at the nation’s hospital systems under the HHS Protect System.

In an interview with the Pittsburgh Business Times, TeleTracking Co-CEO Chris Johnson said that the effort — from TeleTracking, the federal government and others — have made a difference in the pandemic. He said that there’s a need and a going concern for this kind of information to be tracked regularly through some system, for policymakers, scientists, health technologists and others in the health care system.

“What we’ve created collectively over the course of the Covid pandemic is a system that creates transparency and visibility to our health care system,” Johnson said. “We never want to go back to a time when that doesn’t exist.”

While vaccinations increase and the amount of serious illness and death have decreased, Johnson said that the pandemic isn’t over with yet and there are continued challenges not only with Covid variants but also the impacts — including behavioral and mental health — that have either been exposed or exacerbated by the pandemic. He said the HHS Protect system can serve there and in other ways.

“What we’ve created collectively is a system that is not just in place for Covid but can be continually used to support the U.S. health care system,” Johnson said.

While the new administration hasn’t yet determined where it will go long-term, the $13 million contract is a vote of confidence in the system and its use during the Covid-19 pandemic. That’s significant because while the contract had been attacked by some as a partisan measure, TeleTracking and its system have now received significant attention and buy-in from the last two administrations.

Johnson acknowledged that it was a highly volatile political environment but that the company stayed out of politics and focused on what it was good at.

“Politics isn’t our game. We’re an apolitical organization and we’re going to let our work speak for itself,” Johnson said. He added: “A contract under the new administration is quite frankly indicative of the quality of the work and the work that’s being done by this team moving ahead.”

The tracking itself and the burden on hospitals have decreased since the pandemic began, as the federal government, TeleTracking and the individual hospitals and health systems themselves worked out the logistics. Johnson said TeleTracking was sympathetic to the challenges hospitals were having and worked to ease them, especially given the fact that there is no one system nationwide for gathering that information.

TeleTracking also adapted the system to offer tracking measures including the supply and utilization of personal protective equipment, therapeutic use and vaccine administration, all as completely and transparently as possible.

Meanwhile, even with the extraordinary work that TeleTracking has done during the pandemic, it isn’t the only initiative. TeleTracking also provided in-depth information and analytics in real time to its existing customers in the United States, which grew to about 1,000 hospitals. It’s also working to expand its services in the government sector and recently boosted its profile internationally. During the pandemic, TeleTracking expanded its services in Canada, Germany and the United Kingdom. Its clients internationally are generally individual hospital systems but there is also interest in the type of work that TeleTracking did with the U.S. government.

All of its work, for its customer base as well as government, is based around the company motto that no patient should wait for the care that’s needed.

“The pandemic has shined a magnifying lens on the need,” Johnson said.