During this annual Patient Transport Week, TeleTracking honors the people who actually make the wheels go round in our nation’s hospitals.

These are the individuals who quietly go about their task of getting the right patient to the right place at the right time.

It’s a job that requires more than a sense of direction and a good pair of shoes. 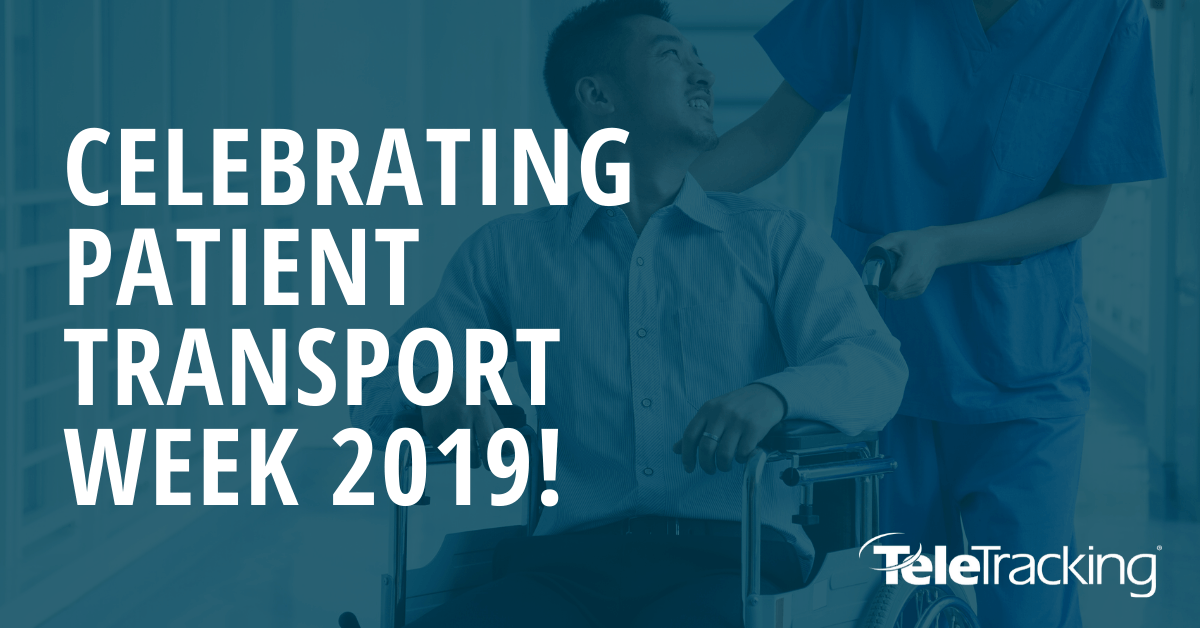 Transporters are ambassadors of their health system. Often they are dealing with anxious patients who don’t know just what to expect at their next destination.  While their primary role is to move people, they often become sources of reassurance in a sometimes frightening environment.

I have personally experienced their kindness and thoughtfulness during hospital stays. While some have been more talkative than others, all have been willing to go beyond their job description to offer words of support and reassurance.

Such encounters can’t be taken for granted. Very often they are the foundation of the “patient experience.”  Assuming the medical treatment is successful, a patient’s general satisfaction is strongly influenced by the way he or she is treated by hospital staff members rather than doctors.

It doesn’t take any more effort to be kind than not. Transporters seem to understand this intuitively. A quick smile or a cute joke can make a world of difference to someone facing major surgery, and is seldom forgotten when the patient gets the satisfaction survey.

We honor Hospital Transporters this week not only for being the "wheels" that keep the hospital in motion but also for being a real part of its soul.